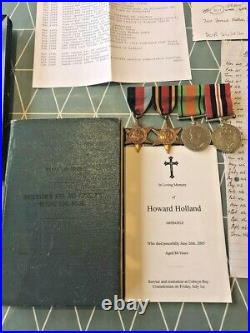 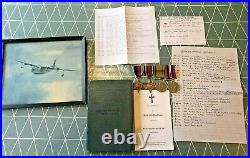 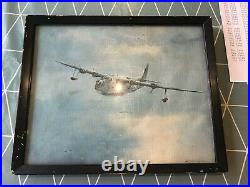 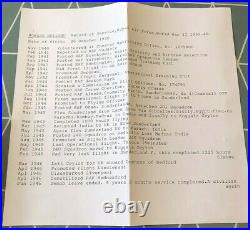 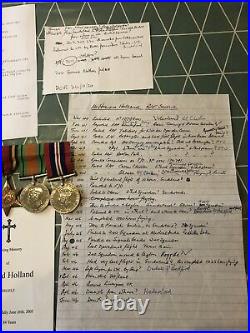 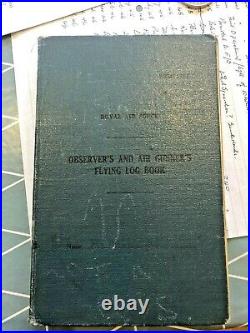 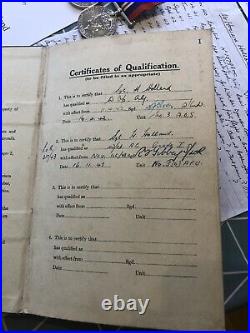 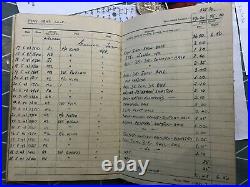 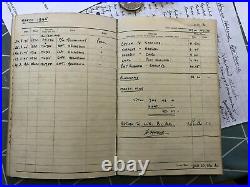 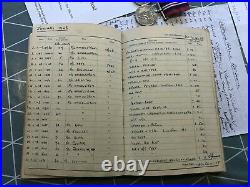 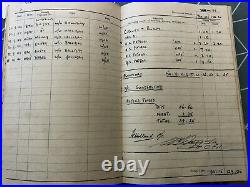 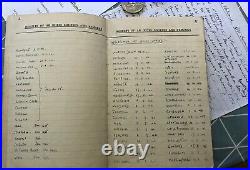 WW2 Medal Group and Flying Log Book to Flight Officer Howard Holland who served with 201 Squadron RAF and who flew Sunderland flying boat patrol bombers during the war. The group includes the following. Royal Air Force Observers and Air Gunners Flying Log Book – covering the period 12th September 1941 to 9th February 1946. A painting of a Sunderland flying boat. Copy of Howard’s funeral order of service. Was born in Northwich, Cheshire on 26th October 1920. Volunteered for the Royal Air Force (service number 1079800) on 15th November 1940 and a. Fter undergoing basic training and aircrew selection he underwent a wireless operators course serving at various Operational Training Units. He was promoted to Flight Sergeant in November 1943 was was posted to RAF Hooton Park in Cheshire. He was commissioned as a Pilot Officer in April 1944 (service number 174791) and from July 1944 he was serving at RAF Alness in Cromarty Firth flying Sunderland Flying Boats. He was posted to 201 Squadron in January 1945 at RAF Oban in Scotland also flying Sunderland Flying Boats. In March 1945 flew his Sunderland from Oban to Koggala, Ceylon via Gibraltar, Sicily, Egypt, Iraq, Bahrain, Karachi, Bombay and Madras. In July 1945 he was posted to 240 Squadron at Redhills Lake, Madras in India. In August 1945 he was promoted at Signals Leader 240 Squadron. He was promoted Flight Lieutenant in April 1946, and was demobilised on 15 June 1946. His total flight time was 1,225 hours. He died on 26th June 2005 in Abergele in Wales. Please let me know if you need any additional photos or information. Thanks and kind regards. The item “WW2 Medal Group & Log Book Flying Officer Holland 201 & 240 Squadrons RAF” is in sale since Friday, December 11, 2020. This item is in the category “Collectables\Militaria\World War II (1939-1945)\Medals/ Ribbons”. The seller is “harrypitt69″ and is located in Nottingham. This item can be shipped worldwide.