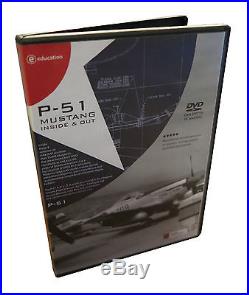 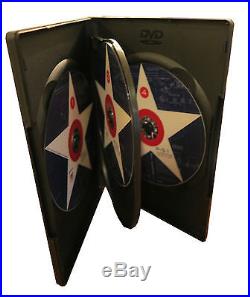 North American P-51 B C D H K Mustang – Blueprints, Aircraft Manuals and Data. 4 Data DVD’s for PC and Mac. P-51 BCDHK engineering plans and manuals collection. New Roll HG re-mastered at a much higher resolution (4500 dpi). Roll HG has also been re-mastered darker and in grey-scale in order to capture more detail and improve clarity. Elliptical distortion has also been removed. P-51 DK Flight Manual 1945. P-51 DK Erection & Maintenance Manual 1945 and P-51 H Flight Manual (late) 1945 are also re-mastered. Roll HG contains P-51 BC frames, some of the P-51 D frame sections, BC ordinate drawings, systems general arrangement drawings, factory marking plans, BC wing ribs. Inside this set are more than 15,000 blueprints that are scanned from WW2 microfiche (refer historical note below) as well as 2,000 pages of technical manuals. It is a top rated set for Engineering Students, large scale model makers, aircraft restoration companies, parts manufacture and reconditioning companies and Museum display builders. It is produced by Flugwerk GmbH in Germany who are famous for their full size flying Focke Wulf Fw 190 clone (replica). Currently Flugwerk is working on the P-51 Mustang and this digitisation of their microfilm is part of their development work. The P-51 A, B, C, D, H and K are covered in the blueprint section. Flight Manuals, the Parts Catalogue and Service Manuals, historical photos and construction photos also present. This publication has been the inspiration for quite a few projects already. Historical Note: Microfiche is virtually the sole remaining historical record of the many thousands of drawings that were produced during design and manufacture of this aircraft during the 1940s. Microfiche was the medium of choice for transporting factory data to front line repair units during WW2. A projector and screen was used to view the blueprints and this method has its advantages when you think of the disorganised mess that could be created with paper in an airfield workshop in war conditions. 100 foot long rolls of film were used and as a result the drawings were always in order. This package is print enabled and you will be able to import the blueprints into the CAD or 3D application of your choice as a background for manual tracing and development of new engineering drawings. The item “P-51 Blueprints Mustang Plans, Aircraft Manuals USAF North American P51″ is in sale since Monday, December 07, 2015. This item is in the category “Collectables\Transportation\Aviation\Military”. The seller is “beau747sp” and is located in Melbourne, Victoria. This item can be shipped worldwide.