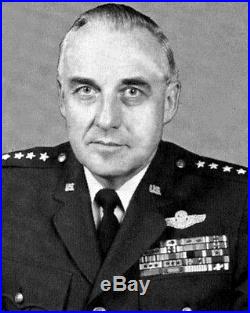 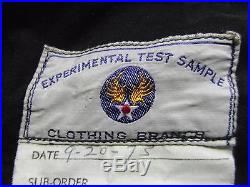 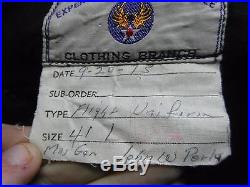 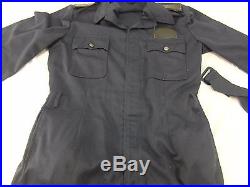 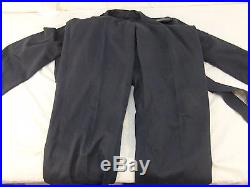 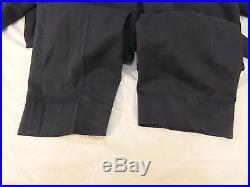 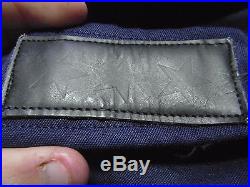 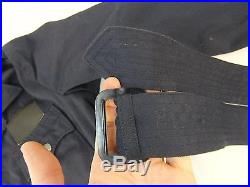 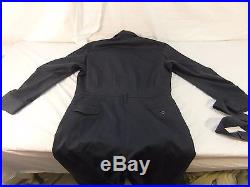 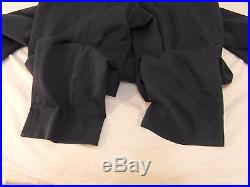 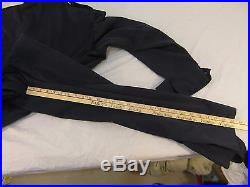 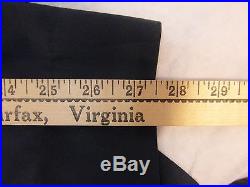 USGI Experimental Test Sample Flight Uniform September 1973 General JOHN W PAULY. Defects: N/A Original Piece of History. Pauly is commander, Allied Air Forces Central Europe, and commander in chief, U. Air Forces in Europe, with headquarters at Ramstein Air Base, Germany. General Pauly was born in Albany, N. He graduated from Christian Brothers Academy, Albany, N. In 1940, and attended Rensselear Polytechnic Institute, Troy, N. For two years before entering the U. Military Academy at West Point, N. He received a commission as a second lieutenant and a bachelor of science degree from the academy in June 1945. He also earned his pilot wings while attending the academy. General Pauly was awarded a master of science degree in international relations from The George Washington University in 1965. Following graduation from West Point, General Pauly attended B-25 and B-17 transition training and Junior Officers Staff School prior to reporting to the 60th Troop Carrier Group, Munich, Germany, in February 1946. He later served there as an instructor at the Central Pilots School of the U. Air Forces in Europe and as assistant operations officer for the 11th Troop Carrier Squadron. Returning to the United States in June 1948, he was assigned as a training officer and later as commander of the headquarters squadron for the Mobile Air Materiel Area, Brookley Air Force Base, Ala. In November 1951, during the Korean War, General Pauly was assigned to the 8th Bombardment Squadron, 3rd Bombardment Wing, at Kunsan, Korea, as flying safety officer and squadron operations officer. While with the 3rd Bombardment Wing, he flew 55 night intruder combat missions, totaling 230 combat hours in B-26 aircraft. Following his tour of duty in Korea, General Pauly was assigned to Headquarters Tactical Air Command, Langley Air Force Base, Va. Over a span of almost four years, he served first as an operations staff officer and later as chief of the bombardment division within the Operations Directorate. General Pauly was assigned to Headquarters U. Air Force in July 1959 and served as a planning and programming officer in the Directorate of Plans until 1962, when he become the assistant executive officer to General Curtis E. LeMay, then the chief of staff, U. In August 1964 he entered the National War College in Washington, D. And upon graduation the following summer become the deputy commander for operations, 317th Troop Carrier Wing, Lockbourne Air Force Base, Ohio. General Pauly was assigned as the deputy chief of staff, operations, for the 315th Air Division, Tachikawa Air Base, Japan, in June 1966. In July 1968 he assumed command of the 315th Air Commando Wing at Phan Rang Air Base, Republic of Vietnam. In July 1969 General Pauly was transferred to the Organization of the Joint Chiefs of Staff, Washington, D. As the Air Force member of the Chairman’s Staff Group, while General Earle G. In September 1970 he was assigned as deputy director for regional operations, J-3, of the Joint Staff and in June 1972 became vice director for operations of the Joint Staff. General Pauly assumed command of the 1st Strategic Aerospace Division with headquarters at Vandenberg Air Force Base, Calif. In July 1976 General Pauly was assigned as vice commander in chief, USAFE, and in August 1978 was appointed commander in chief, USAFE, and AAFCE commander. He is a command pilot with more than 6,000 hours of flying time. His military decorations and awards include the Distinguished Service Medal with oak leaf cluster; Legion of Merit with two oak leaf clusters; Distinguished Flying Cross with oak leaf cluster; Air Medal with four oak leaf clusters; Joint Service Commendation Medal with oak leaf cluster; Air Force Commendation Medal; and from the Republic of Vietnam, the Air Force Distinguished Service Order (2nd Class) and the Gallantry Cross with palm. He was promoted to the grade of general on Aug. 1, 1978, with same date of rank. Thank You for looking at my Store. If you have any questions please MESSAGE ME… If you have any CONCERNS please MESSAGE ME. If you have any ISSUES with your Item please let me fix it. I look forward to doing Business with you. The item “Experimental Test Sample Flight Uniform USAF 1973 General John W Pauly Signed” is in sale since Thursday, April 14, 2016. This item is in the category “Collectibles\Militaria\Vietnam (1961-75)\Original Period Items\Uniforms”. The seller is “freeatlast2015″ and is located in Peyton, Colorado. This item can be shipped to United States.